This investigative documentary was originally broadcast by Al Mayadeen TV.

The US Embassy to Tbilisi transports frozen human blood and pathogens as diplomatic cargo. Internal documents, leaked to me by Georgian insiders, implicate US scientists in the transportation of and experimenting on pathogens under diplomatic cover. According to these documents, Pentagon scientists have been deployed to the Republic of Georgia and have been given diplomatic immunity to research deadly diseases and biting insects at the Lugar Center – the Pentagon biolaboratory in Georgia’s capital Tbilisi. The military facility is just one of the many Pentagon biolaboratories in 25 countries across the world. 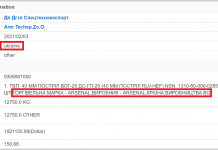