Weapons originating from the Balkans are often seen in war zones including in the hands of terrorists in Syria and Yemen. Although local governments have always denied such exports documents prove otherwise.

Weapons from the Balkans have been used for years for illicit arms supplies to war zones around the world. Documents revealed that 350 diplomatic flights carried weapons to terrorists in Syria. Leaked documents also exposed a secret US Special Operations Command unit code named Task Force Smoking Gun. It had been deployed in Croatia since 2017 and tasked with diverting tons of arms and ammunition from Europe to Syria.

By law, re-export of weapons to a third country can only take place with the permission of the exporting country, in this case Bulgaria. It is not known whether Bulgaria allowed re-export via Poland and the Czech Republic to Ukraine or whether these weapons were smuggled into Ukraine. Bulgarian officials deny that Bulgarian weapons were exported to Ukraine.

The Ukrainian company Dp Dzzp Spetstechnoexport imported Bulgarian weapons from Arsenal and VMZ-Sopot in 2021, 2020 and 2019, and the export was carried out by the Polish company Arm Techsp. Zo, according to information obtained from Great Export Import. The Ukrainian company Dp Dzzp Spetstechnoexport purchased 40 mm rounds RLV-HEF for grenade launchers,  manufactured by Arsenal, and 152 mm high-explosive fragmentation grenades for howitzer D-20 and 2C3, manufactured by VMZ-Sopot. The database lists eleven imports made in 2021, 2020 and 2019. Bulgaria is indicated as the manufacturer of the weapons. 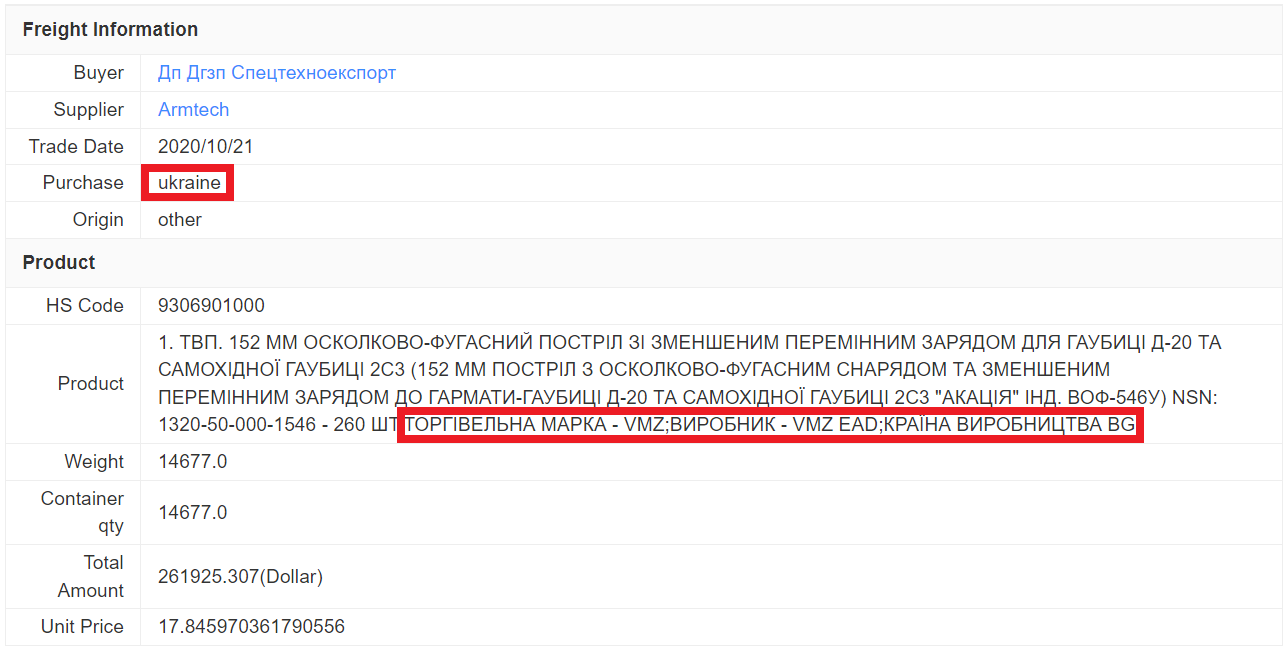 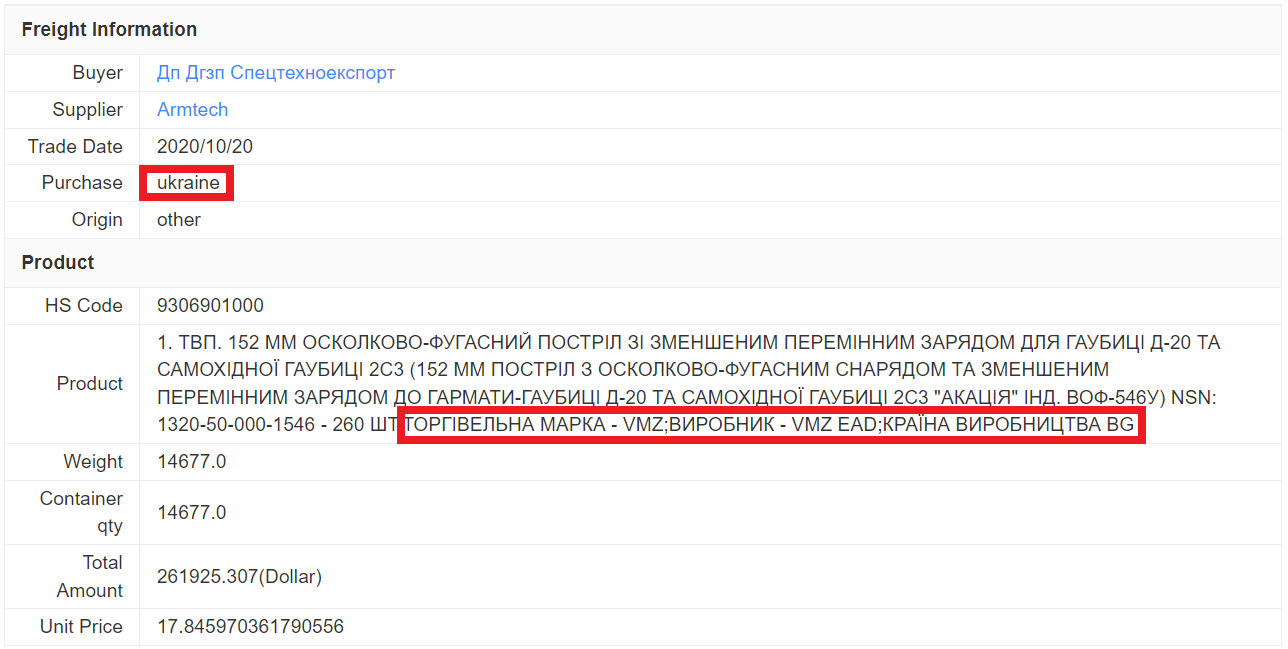 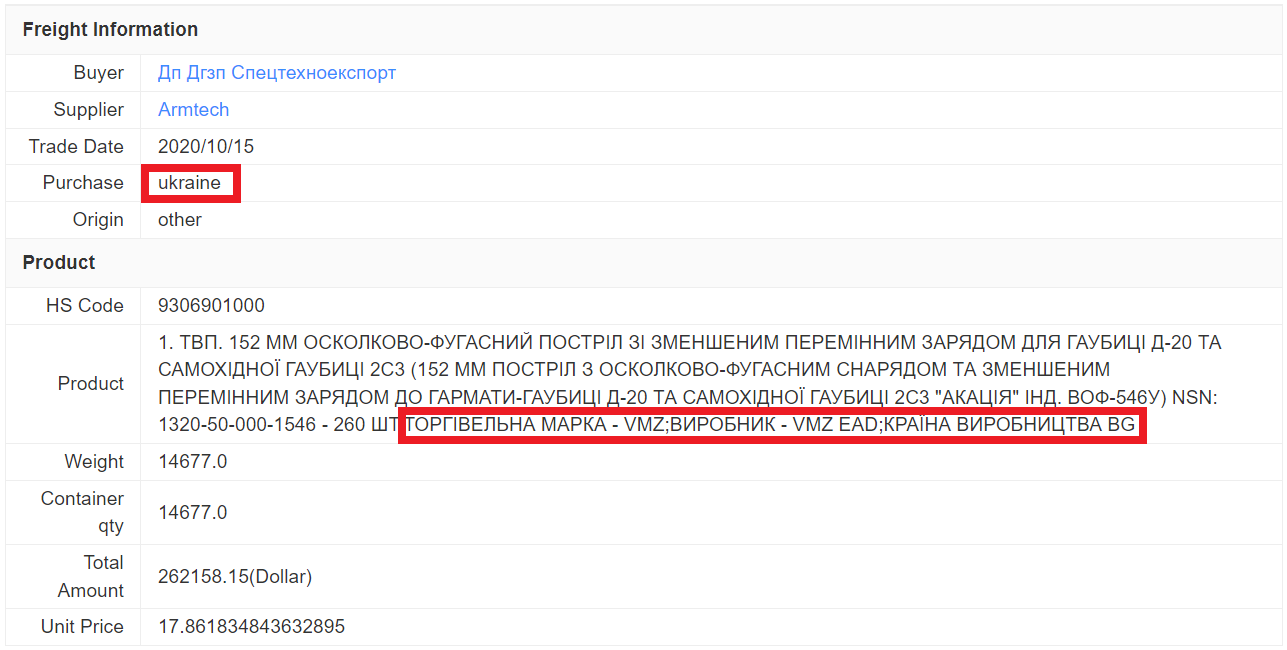 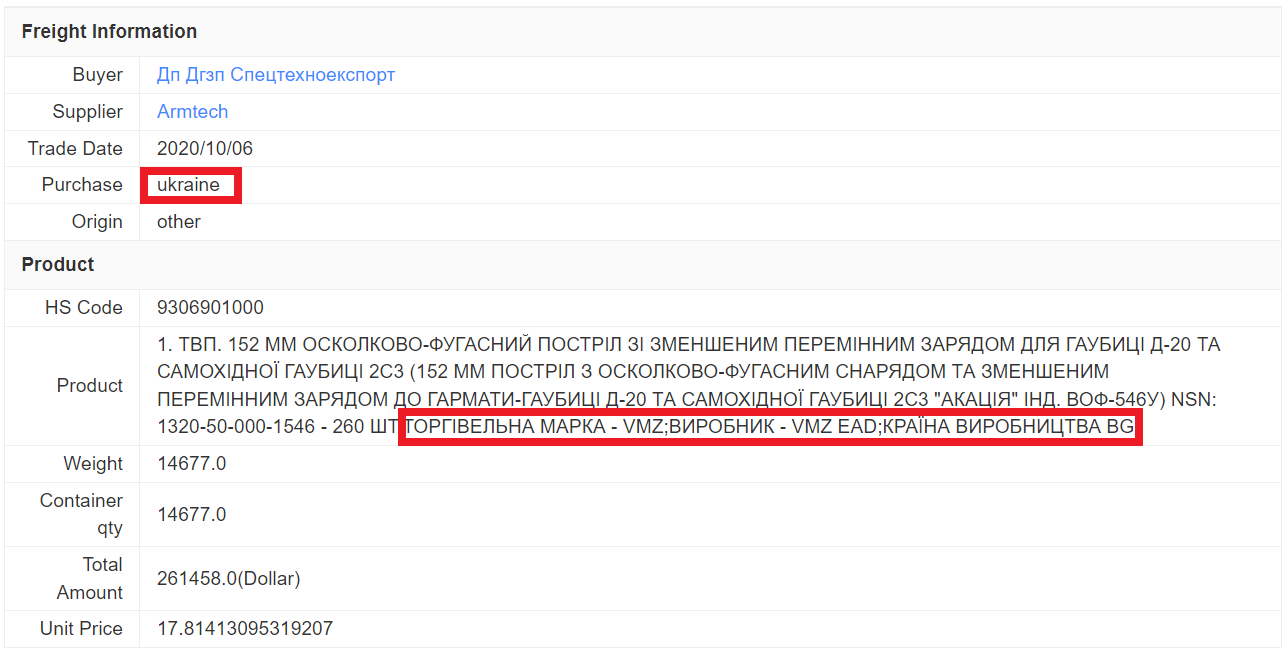 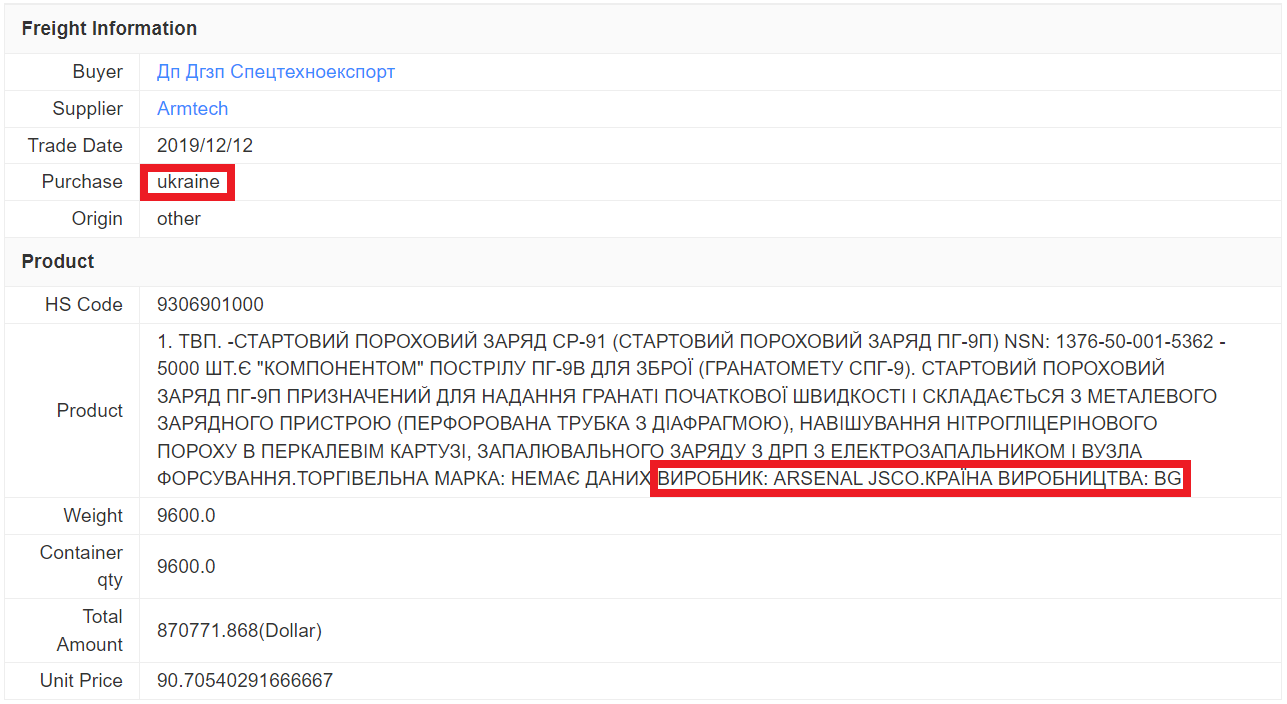 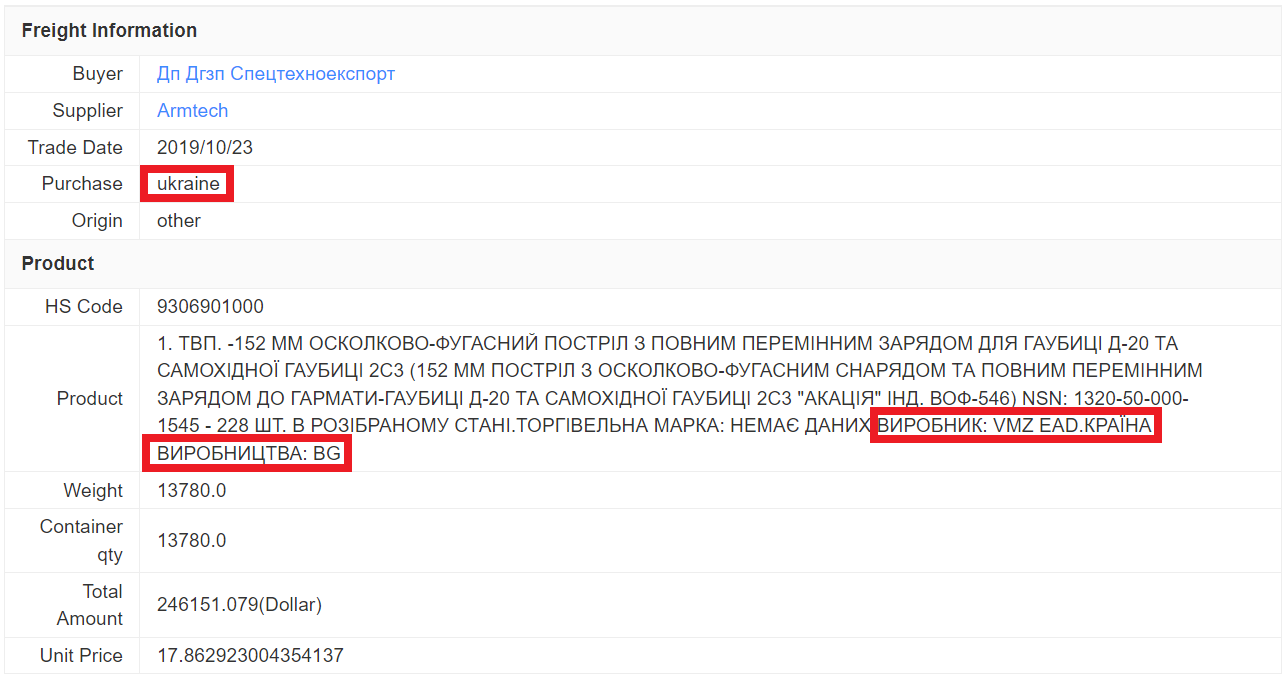 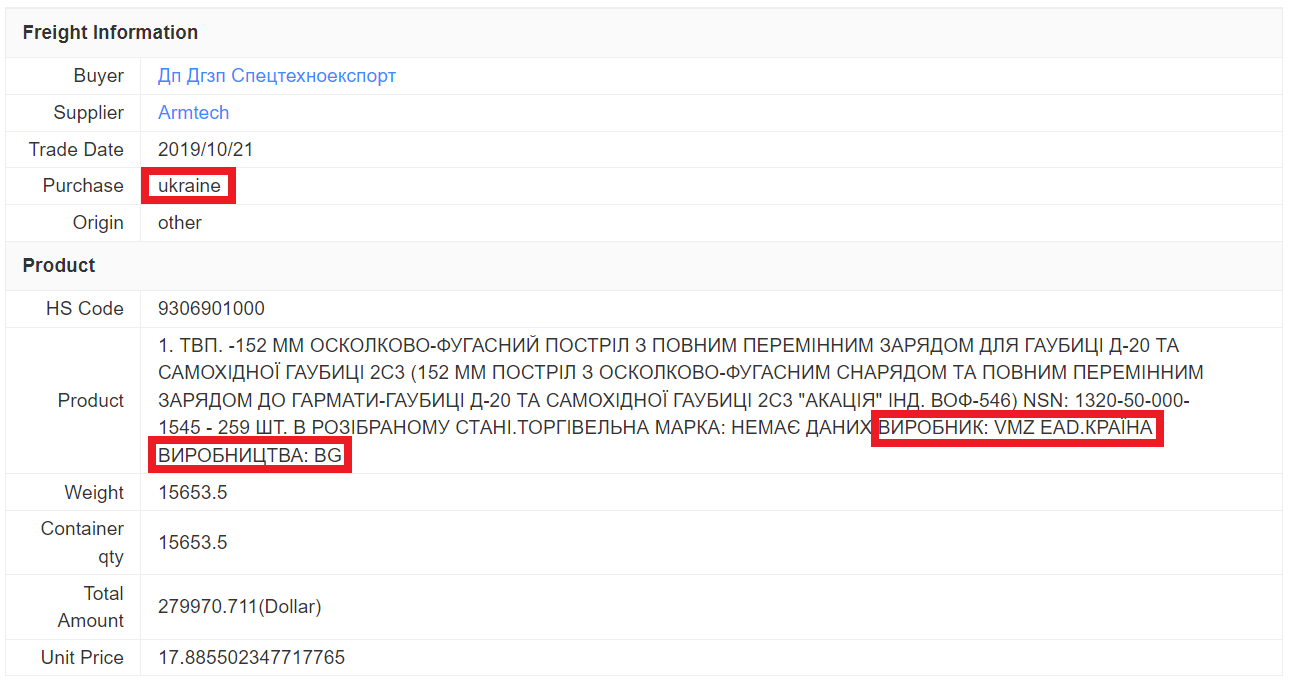 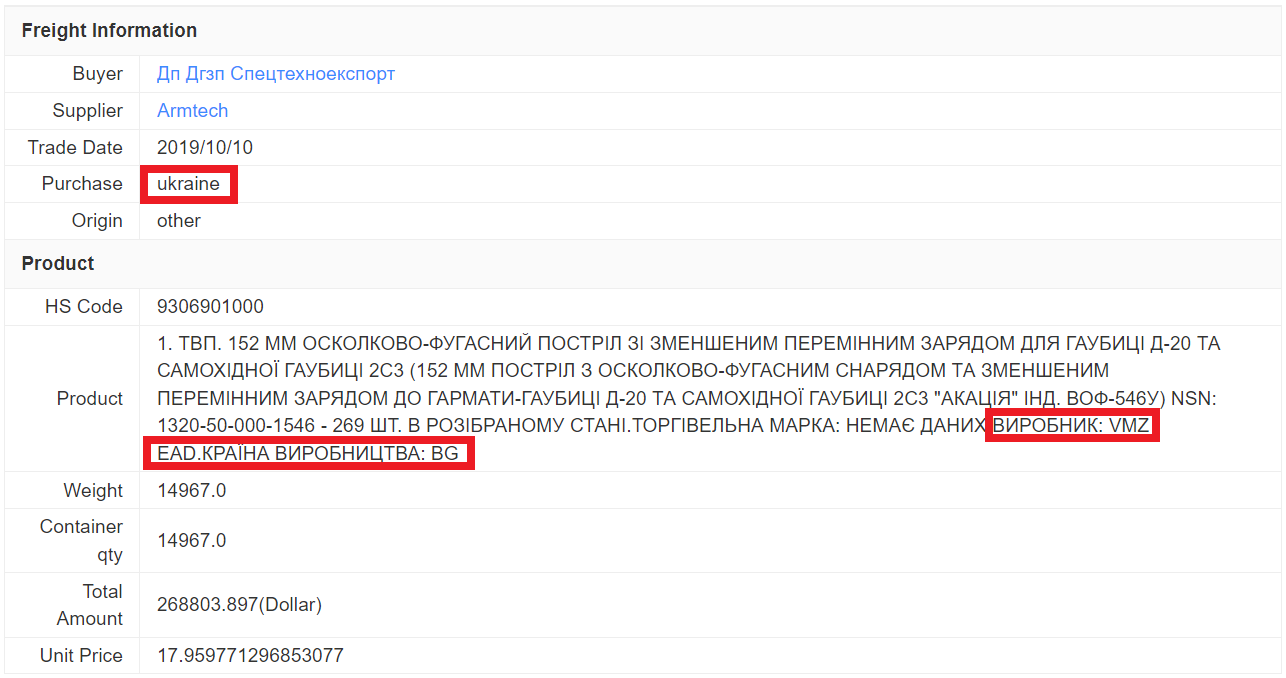 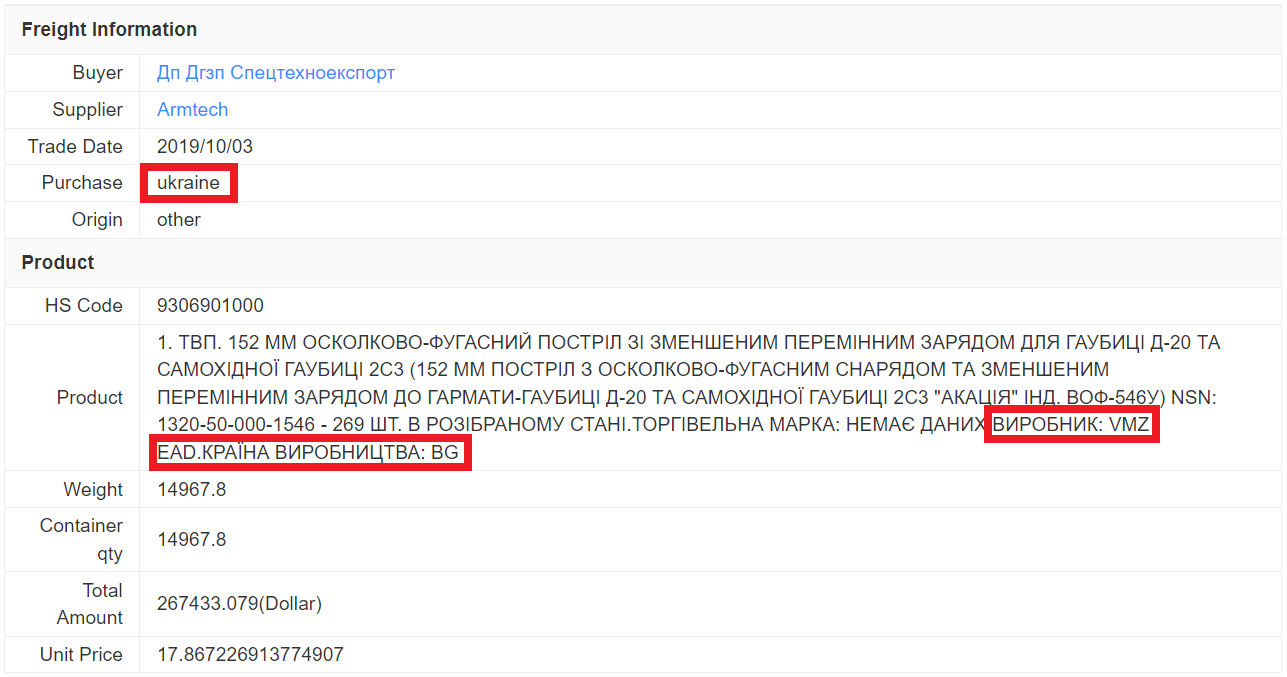 According to the documents, Ukraine imported the following weapons manufactured by the Bulgarian arms factories Arsenal and VMZ-Sopot:

Such 40 mm RLV-HEF rounds for grenade launchers, manufactured by Arsenal-Bulgaria, were discovered by DPR forces in trenches used by the Ukrainian army.

In addition to the weapons from VMZ and Arsenal, Bulgarian rounds manufactured by the Bulgarian arms factory Arcus also appeared on the front line in Ukraine. 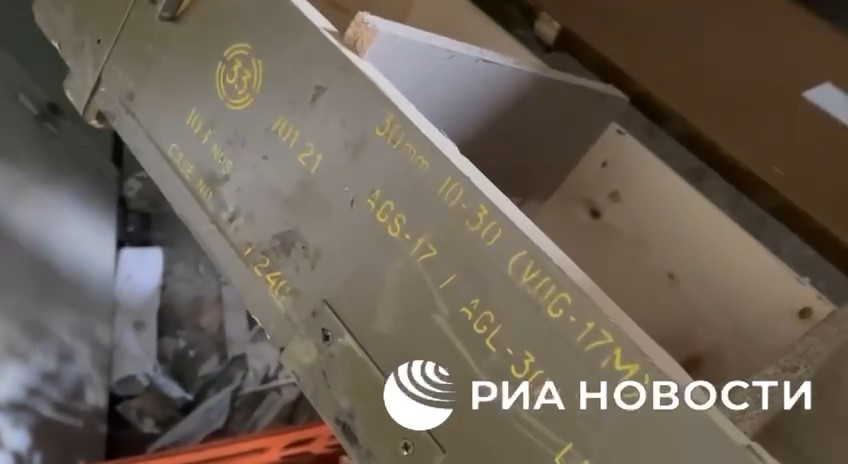 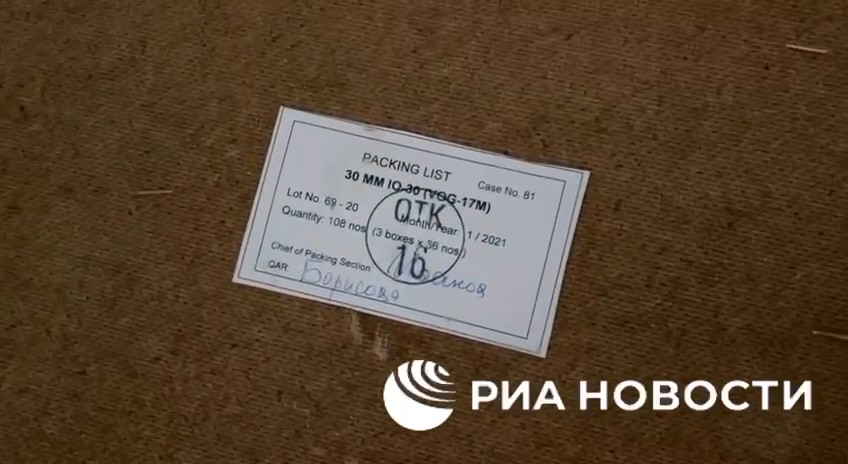 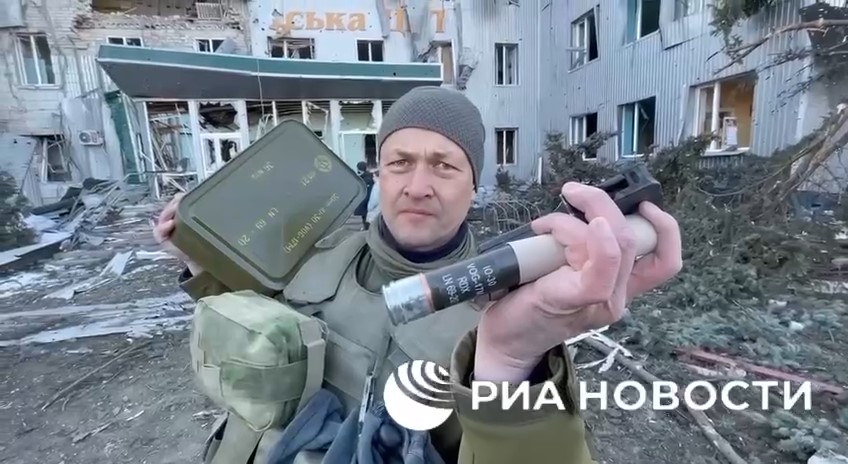 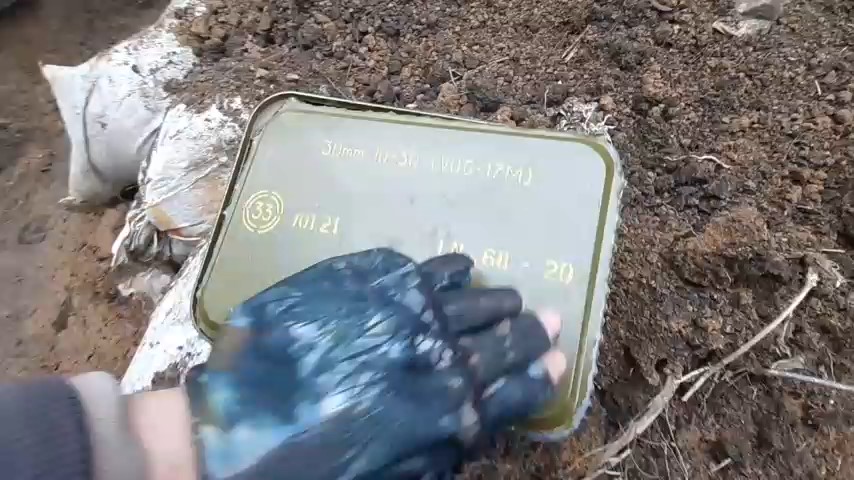 The manufacturer of VOG-17M is the Bulgarian arms factory Arcus.

The Ukrainian state company Ukrspetsexport purchased such 30 mm VOG-17M rounds (34,450 pcs.) in 2021 from the Polish company Vismag Jacek Jakubczyk, according to information obtained from the international database Great Export Import.

Import via the Czech Republic

On June 20, 2021, the Ukrainian state company Ukrspetsexport purchased a total of 140 pcs. of EM-120 mortars from the Czech company Excalibur Army Spol.S.R.O., according to the international trade database Great Import Export. EM-120 is manufactured by the Bulgarian arms factory Emco. Emco’s owner Emilian Gebrev denied that his company had exported weapons to Ukraine. Over the last years he has been involved in a number of international scandals, one of which his poisoning in 2015. 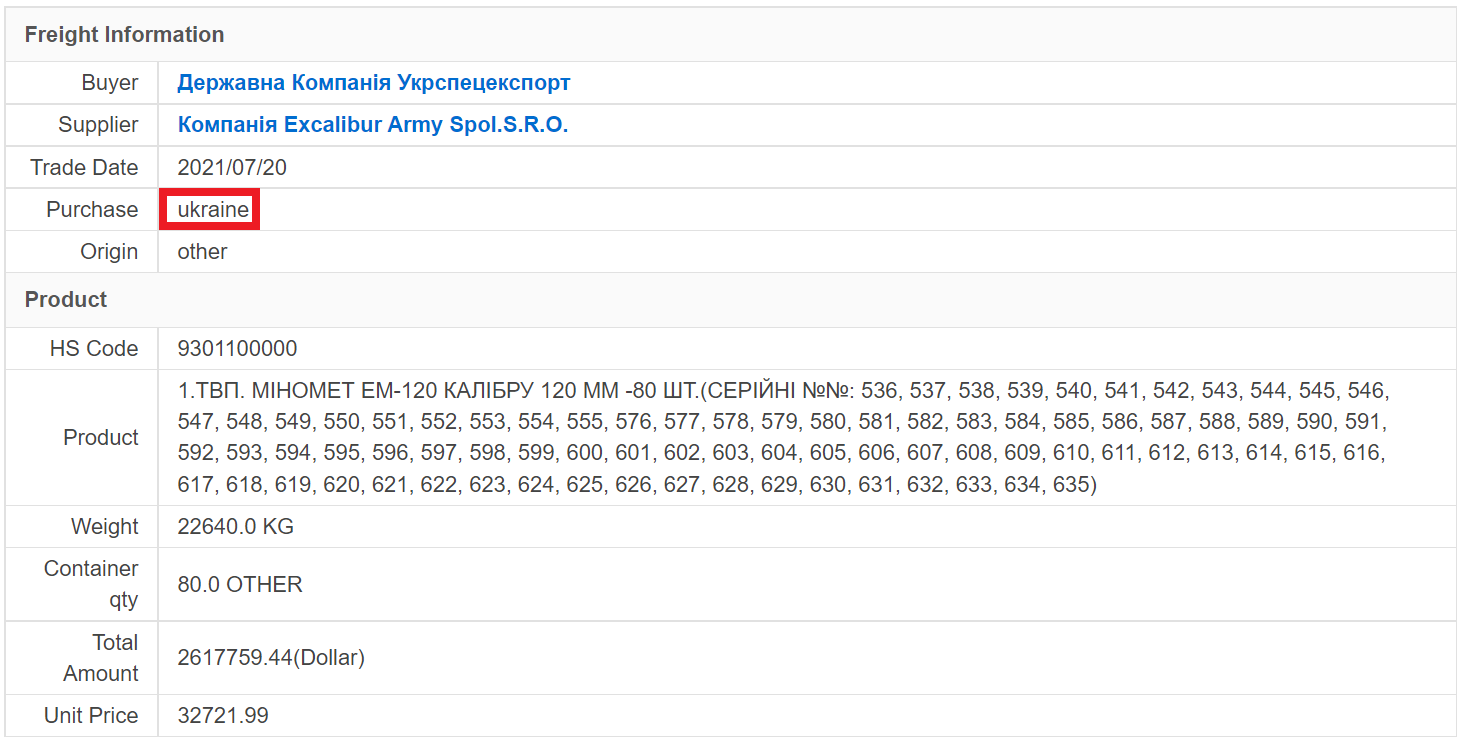 On June 20, 2021, the Ukrainian state company Ukrspetsexport purchased a total of 140 pcs. of EM-120 mortars from the Czech company Excalibur Army Spol.S.R.O. These weapons are manufactured by Emco in Bulgaria.

British NLAW, American Javelin, Bulgarian 30 mm VOG-17M manufactured by Arcus in 2020 and a Serbian 60 mm M73 mortar shell manufactured by Krusik in 2016 seized by the Donetsk People’s Republic (DPR) forces on the front line in Donetsk.

Serbia officially has not exported weapons to Ukraine. Documents show that these Serbian 60 mm M73 mortar shells manufactured by Krusik in 2016 were exported on papers to Poland.

Serbian president Alexander Vucic denied that Serbia knew about Serbian weapons being exported to Ukraine. According to Vucic, this particular lot of weapons (15,000 pcs.) was sold by Krusik to the private Serbian company Tehnoremont which exported the weapons to the Polish company Natan via Cyprus. However, Ukraine was not indicated as the end user of these Serbian weapons.

The scandal that Serbian arms were being trafficked to war zones broke in September 2019 after I published an investigation into who armed ISIS terrorists in Yemen. Documents from the Serbian arms factory Krusik revealed that Serbian weapons manufactured by Krusik and sold to Saudi Arabia had ended up with Islamic State terrorists in Yemen.  Three days after the story was published, on 18 September, Serbian prosecutors arrested the Krusik whistleblower Alexander Obradovich.

Instead of investigating the arms trafficking to terrorists in Yemen, the Serbian prosecutors launched an investigation into the leak from Krusik and charged the whistleblower Alexander Obradovich with revealing trade secrets. His arrest caused a wave of protests in Serbia and he was released from prison under house arrest. Yet Alexander Obradovich is under investigation for exposing arms trafficking and corruption in Serbia and the court case against him has not been dropped while those who traffic arms go free. The full 3-part investigation into who has armed terrorists you can read here:

Islamic State weapons in Yemen traced back to US Government: Serbia files (part 1) 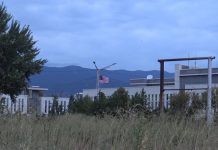 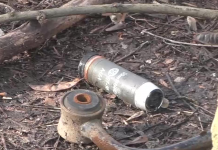 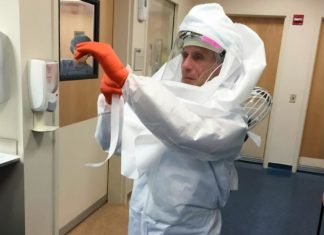